The race for Artificial Intelligence has only just begun in earnest 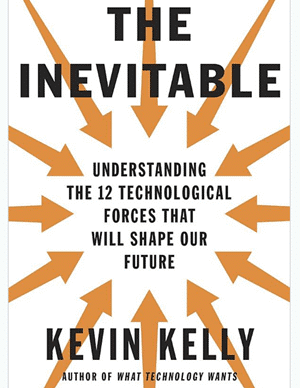 The Inevitable: Understanding the 12 Technological Forces That Will Shape Our Future, by Kevin Kelly

KEVIN Kelly co-founded and was the executive editor at Wired magazine, where he now holds the title of senior maverick. He is widely known and respected for his acute perspectives on technology and its relevance to history, biology and society.

Because we are so immersed in the technologies that surround us, grasping the effects that they produce is not easy. We need someone like Kelly to highlight these effects to be able to understand their relevance.

Pause and consider for a moment that most of the important technologies that will dominate our lives 30 years from now have not been invented. (Pause.) Add to this the effect of the ongoing development of the technologies we use all the time.

Not too long ago, all of us decided that we could not live another day without a smartphone. Only a decade ago this need would have dumbfounded us. Today, as I write this column, I am frustrated because the network is slow: but not too long ago we never had a network. Few imagined the miracle the web would become. “The accretion of tiny marvels can numb us to the arrival of the stupendous,” Kelly observes.

Add to this, that new technologies require endless upgrades. Even if you don’t actively choose to upgrade and so change the app you have become so used to using, continual upgrades are so essential to technology systems that they are now automatic. In the background, the machines we use upgrade themselves, slowly changing their features over time. This change happens gradually, so we don’t notice the evolution.

But the cycle of obsolescence is accelerating continuously, as we can see from the latest new cellphone, computer or app. Soon we won’t have time to master anything before it is displaced. “No matter how long you have been using a tool, endless upgrades make you into a newbie – the new user often seen as clueless,” says Kelly.

Every technology we use is in a state of “becoming”: it is never complete. We will remain in the newbie state for the rest of our lives.

From any window onto the internet – your phone, tablet or computer – you can get an overwhelming variety of music and video, a constantly evolving encyclopaedia, weather forecasts, satellite images of any place on earth, up-to-the-minute news from anywhere in the world, road maps with driving directions, real time share quotes, and the list goes on.

Not too long ago, no one would have been silly enough to suggest this vision of the near future. After all, there simply wasn’t and still isn’t enough money in all the investment firms in the entire world to fund such a development.

40% of the web is commercially manufactured

What has transpired, one study found, is that only 40% of the web is commercially manufactured. The rest is a function of duty or passion. All the content offered by Facebook, YouTube, Instagram and Twitter was not created by their staff, but by their audience.

“If we have learned anything in the past three decades,” Kelly reminds us, “it is that the impossible is more plausible than it appears.”

It is hard to imagine anything that could change our lives as much as cheap, powerful, ubiquitous artificial intelligence (AI). This is a computer programmed not only to host and catalogue information, but more importantly to constantly learn from the information and arrive at new conclusions.

After half an hour, the computer missed only once every four times. By the 300th game it played, an hour later, it never missed. AIs like this one become smarter all the time, unlike human players.

This is not a trend we might see in the future; it is here already. Consider IBM’s Watson, a computer built on AI that can continuously absorb bodies of information far too large for any human to absorb, let alone gather.

This collection of ongoing knowledge is being put to medical use as a medical diagnostic tool. “Most of the previous attempts to make a diagnostic AI have been pathetic failures, but Watson really works,” says Kelly. Soon Watson will be the world’s best diagnostician.

And the race for AI has only just begun in earnest.

AI has attracted more than $18bn in investments since 2009. Yahoo!, Intel, Dropbox, LinkedIn, Pinterest, and Twitter have all purchased AI companies since 2014. In 2014 alone more than $2bn was invested in 322 companies with AI-like technology.

The business opportunities flowing from AI will take this form: find something that can be made better by adding AI to it.

In the legal field, it could be used to uncover evidence from mountains of documents to discern inconsistencies between cases, and then have it suggest legal arguments. In the field of investment, this is already happening. Companies such as Betterment or Wealthfront optimise tax strategies and balance holdings between portfolios. These are the sorts of things a professional money manager might do once a year, but the AI will do it every day, or every hour.

AI can be added to laundry so that clothes “tell” the washing machines how they want to be washed and the wash cycle would adjust itself to the contents of each load.

Rather than using AI to improve its search capacity, Google is using search to make its AI better. Each of the 3 billion queries Google conducts each day is “teaching” the AI process. Consider what another 10 years of improvements to its AI algorithms, plus a thousand times more data and a hundred times more computing resources, will do to Google’s unrivalled AI.

“My prediction: By 2026, Google’s main product will not be search but AI,” Kelly suggests.

There are twelve trends in technological forces identified by Kelly in this very important book. Anyone who wishes to have a profound insight into the trends that will significantly impact our future, would do well to read ‘The Inevitable’ carefully.

*  Ian Mann is the Founder and CEO of Gateways . Views expressed are his own. 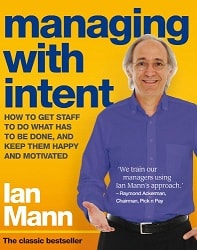 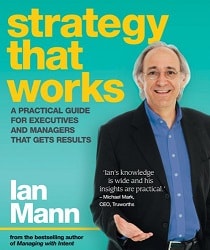 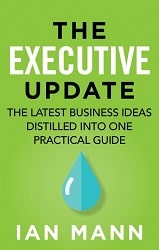 Learn more about us

Digital strategist extraordinaire, Tilly has a profound ability to read market trends and LinkedIn’s dynamism particularly. One of those people who see it, calmly do it, and get it right, she is foundational to MarketingCX’s ability to propel clients ever upwards.